How can the insurance industry’s profitability be doubled?

The insurance market has rebounded after the pandemic. In 2021, the sector accounted for 3% of the country’s GDP. In addition, insurance can double its profitability in the next five years.

The coronavirus epidemic has altered many aspects of our life, forcing us to reexamine old beliefs and affecting all sectors of the economy, including those that appeared to be reasonably stable until recently. Oil prices have plummeted to a negative level, unemployment has reached a record high, small and medium-sized firms have suffered, and the state treasury has lost billions in taxes over the last two years.

The national economy is now gradually rebounding, commercial activity has returned to pre-crisis levels, and businesses are nearly back to profitability. However, the conflict between Russia and Ukraine presented a new challenge in 2022. And, while it is unclear just how much geopolitical tensions will harm our country’s economy, it is apparent that Kazakhstan is losing billions of dollars due to significant financial market volatility. The insurance industry, like healthcare, security, and defense, will undoubtedly evolve over the next few years influenced by the epidemiological and foreign policy instability.

FinReview.info analysts examined how insurance is evolving in the country, as well as the opportunities and threats it faces.

The share of the insurance sector in GDP comprised only 3%

Insurance functions as a “financial stabilizer” for any country’s economy, assisting in the growth of entrepreneurship, production, industry, and market interactions. In today’s world, it is the only tool that can ensure the financial protection of the population’s interests. On the one hand, through regulating civil law relations, the insurance sector relieves the state of financial load and raises the responsibility of corporate organizations. On the other hand, by compensating victims, it safeguards the public from accidents.

Insurance development as a tool to safeguard businesses, the public, and the economy from financial losses is receiving a lot of attention around the world. The contribution of the sphere to the structure of GDP in industrialized countries surpasses 5%. In South Korea, for example, this rate is 12 percent, whereas in Germany, it is 7 percent. In Kazakhstan, the insurance sector accounted for only 3% of GDP at the end of 2021. (in 2020 it was 3.4 percent). Prior to the coronavirus epidemic, the figure was less than 2%. That is, domestic insurance businesses do not actively endeavor to increase their service offerings. Certain causes, such as the breakout of COVID-19, have spurred the development of new goods. As a result, Kazakhstanis have begun to actively insure their health and lives.

Kazakhstan’s insurance market is inextricably linked to the state of the banking sector.

The market has strengthened as the number of insurance carriers has decreased. In particular, the industry’s assets continued to increase steadily, surpassing the 1 trillion KZT mark for the first time in 2018. Their volume has already surpassed 1.9 trillion KZT as of March 1, 2022.

However, there is one noteworthy feature: insurance firms are actively investing in the instruments of the banks they own. Deposits in second-tier banks have already surpassed 152.7 billion KZT, accounting for 8.3% of insurance companies’ total assets. Despite this, the majority of assets are held in securities, which account for 62.7 percent of funds.

In addition, the strengthening of financial indicators is reflected in a rise in capital. The volume of capital has doubled in the last five years, reaching 759.7 billion KZT.

In terms of development, life insurance is ahead of general insurance.

As a result, the amount of insurance premiums accepted under reinsurance agreements grew by 1.3 percent, or 1.8 billion KZT. This equates to 138.6 billion KZT in monetary terms.

In the first two months of 2022, voluntary personal insurance got 46.3 billion KZT, down 7.9 billion KZT from the same period last year. The drop is mostly attributable to a 79 percent drop in insurance premiums collected under pension annuity agreements, or 15.5 billion KZT.

A total of 136.8 thousand payments were made by insurance companies.

Insurance payments have increased dramatically in tandem with premium income increases. In terms of money, insurance payments for the first two months of 2022 totaled 21.5 billion KZT, up 24.6 percent from the previous year. Payments are now provided exclusively under contracts that include insurance coverage for damage caused by terrorist attacks.

Clearly, the increase in payments and the reduction in profitability constitute a threat to businesses’ financial stability. However, the insurance industry is one of the few in the economy where liquid assets still outnumber liabilities. Furthermore, highly liquid assets increased by 21.8 percent year on year to 1.6 trillion KZT. As a result, the actual solvency margin improved to 517.7 million KZT from 514.4 million KZT previously. 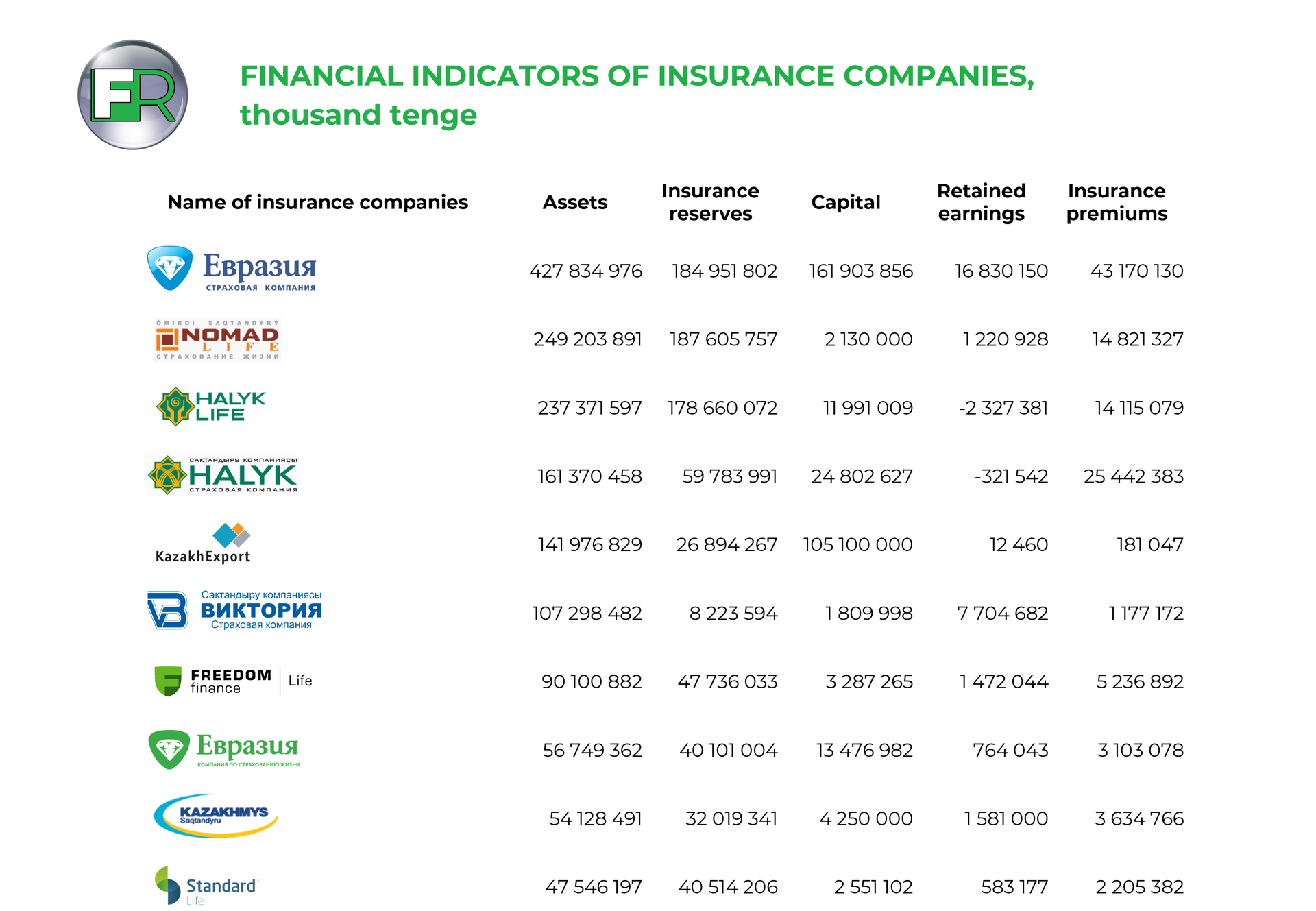 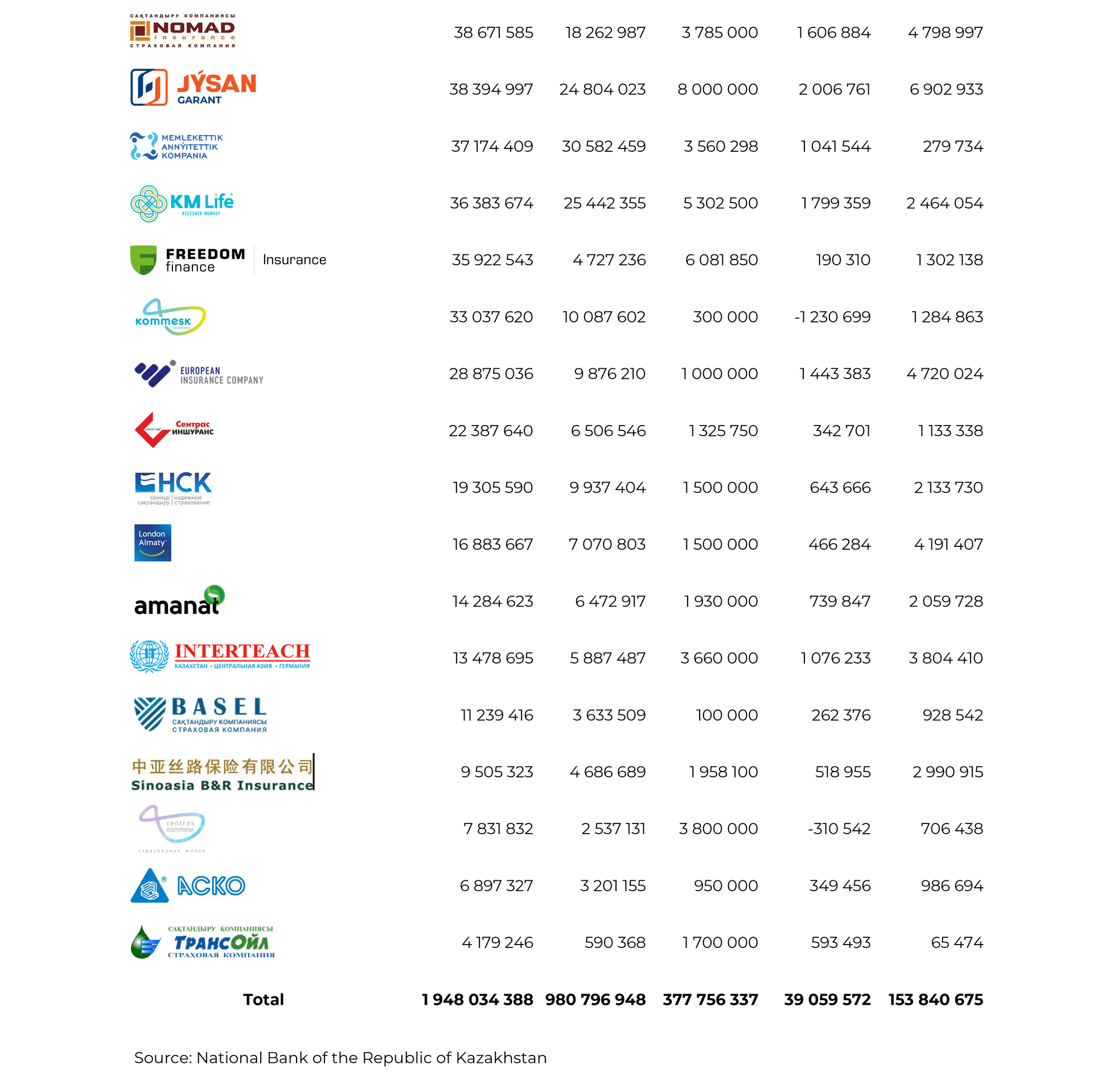 What are the roadblocks to the insurance industry’s growth?

The key outcome for the country’s insurance market was a complete return to pre-crisis levels of activity. This is critical for judging the state of Kazakhstan’s economy in general and the industry in particular. Our country has been a significant player in the worldwide reinsurance industry during the last seventeen years. Kazakhstan is now a full-fledged financial services exporter, generating foreign exchange earnings. If the country collected around 30 billion KZT in insurance premiums from inbound reinsurance from non-residents in the pre-Covid 2019 period, this sum has climbed by more than 50% by 2021. As a result, the necessity to develop a long-term and competitive insurance market is only growing. However, there are constraints in the insurance industry that limit its growth.

To begin with, there is a small selection of insurance options. Insurance companies must diversify their offerings by introducing products such as voluntary life and health insurance for citizens, property insurance for the general public, and risk insurance for small businesses.

Finally, there are no economic incentives or opportunities for endowment life insurance to grow.

Of course, the primary source of the abovementioned risks is the regulatory regime. However, their solution under Kazakhstani legislation is a cumbersome and time-consuming process. Fearing greater volatility in Kazakhstan’s financial market, the financial regulator has been obliged to tighten its oversight of insurance companies. The National Bank, for example, requires insurers to invest solely in low-risk products in order to conduct investment activities. They are unquestionably trustworthy, but the yield on such investments is minimal. As a result, insurance firms lose money. In addition, due to the difficulty in developing new insurance products, businesses are missing out on potential earnings. This is because the financial regulator must first investigate each product in depth and build a regulatory framework for each one.

The Astana International Financial Centre in Kazakhstan, on the other hand, has its own regulatory framework. The AIFC, the National Bank, and the Agency for Regulation and Development of the Finance Market agreed on currency regulation and conditions for financial center members’ entrance to Kazakhstan’s financial market in December 2021. These guidelines, in other words, govern the range of financial services that AIFC participants will provide to Kazakhstani clients, including insurance. Companies registered in the financial center will be able to not only invent new products, but also test them before introducing them into our daily lives, thanks to the creation of a special regulatory sandbox on the financial center’s platform. This is a significant step by the regulators, which will expand business prospects across the country.