Digitalization and the pandemic have accelerated the transformation of the labor market. Now the professions that were in demand 5 years ago may be irrelevant and low-paid. It is not easy to predict such changes. Therefore, analysts FinReview.info we studied the global market and identified trends in its development, as well as established where applicants can get the necessary knowledge and skills.

The coronavirus pandemic has accelerated the transition of the global economy from offline to online. These trends have led to dramatic changes in the labor market, forcing countries to modernize their existing infrastructure as soon as possible. As a result, some professions have become more in demand, others less, and some have lost demand altogether.

In Kazakhstan, the labor market is formed under the influence of internal and external factors, which significantly constrains its development, maintaining an imbalance with modern global trends. For example, there are many unresolved issues in the field of social protection of unemployed citizens.

Developing under the influence of transformational processes that took place in conditions of a lack of investment and financial resources, the Kazakh labor market has retained some features.

First, this is a small amount of social benefits, which on the one hand practically does not protect the unemployed population, and on the other hand is a weak motivation to apply to employment services, which makes it difficult to give an objective assessment of the unemployment rate. Indicative is the situation that was observed during the pandemic, when in April, according to the press service of the ICRIAP, more than 2.5 million applications for unemployment benefits were submitted.

Third, labor mobility remains low. We are talking about the observed trend of the formation of labor-surplus and labor-deficit regions. The first are the southern regions, and the second are the northern regions, where labor migration between them is quite weak. During the pandemic, this situation worsened due to restrictions on the movement of citizens.

Nevertheless, the productive forces of society remain one of the main factors of economic development and growth

However, external challenges that have led to a change in the trends of the global economy can lead to the loss of this competitive advantage. The decline can be especially pronounced during recessions, turning into serious social conflicts. And in 2020, the world is just stuck in stagnation.

For the Kazakh labor market, this period was difficult, many enterprises suspended their activities, and some were not able to recover after the lockdown. The business activity index, which characterizes the state of industrial production, the construction sector and the service sector, at the beginning of the second quarter of 2020 fell to a record 37.2 points since April 2017.

Despite this, the existing enterprises managed to increase the nominal median salary by 26.8%. The highest growth rates are observed in the industrial regions-in the Kyzylorda, Atyrau, and Aktobe regions. For example, in the western regions, the increase in wages is mainly caused by an increase in the cost of oil and an increase in the bilateral exchange rate of USD/KZT. But the same regions are characterized by a slowdown in growth in 2020 due to the depreciation of oil.

What areas of the labor market have become the most popular?

The structure of the Kazakhstan labor market is characterized by some disproportion. The number of employed people is 3.5 million, of which 31% work in education, 19% in industry, 13% in healthcare, 12% in public administration, 7% in transport, 6% in trade, 5% in construction, 3% in finance. That is, 75% of the population is employed in the fields of education, industry, health and public administration, which does not correspond to the structure of the economy. At the same time, out of these four spheres, only industry can provide an average nominal salary above the national average. 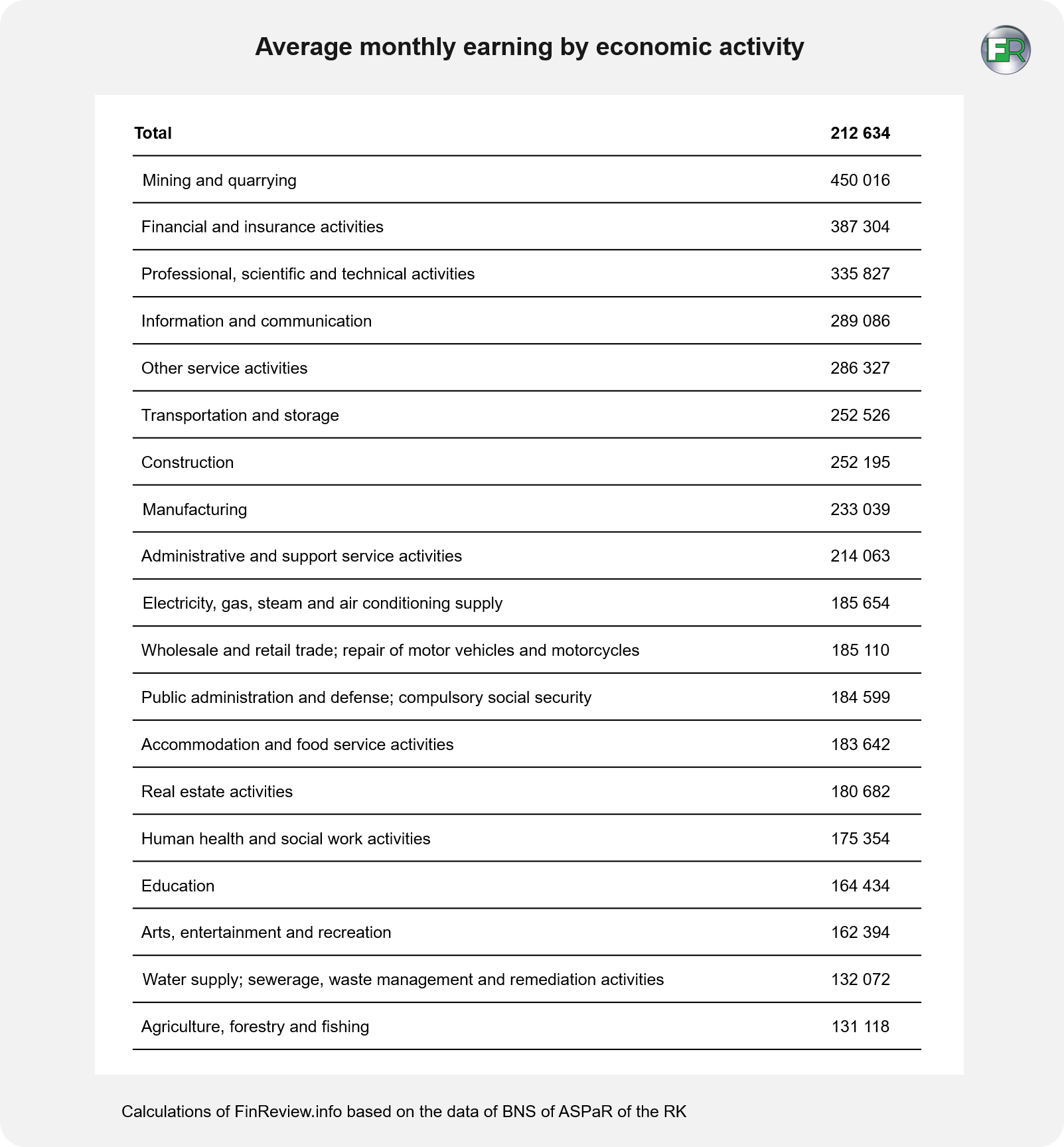 Where to get the necessary knowledge and skills to be competitive in the labor market?

Expectations that the global economy and, in particular, the labor market will recover from the coronacrisis in 2021 are gradually subsiding. The reason for this is the repeated increase in the number of infections around the world, which forces governments to at least partially impose restrictions.

For Kazakhstan, the restriction of business activity poses a threat of repeated reduction of employees at enterprises. This means that the already high demand for vacancies will continue to form higher requirements for applicants. Currently, about 56% of active job seekers in the labor market have a higher education. However, according to the assessment of NCE “Atameken”, employers are satisfied with the quality of higher education only by 32%.

Professional development of personnel at BCPD is carried out in 16 areas of the financial sector. In addition, more importantly, the bureau develops the skills of specialists in international standards and prepares them for certification in programs — for example, CFA and ACCA-that are highly regarded in the professional community.

These personnel are trained to work not only in the AIFC itself, but also in the participating companies of the financial centre, as well as in external organizations. In total, about 3 thousand people who are already working in the national economy have been trained through the BCPD. This is the economic effect of the bureau’s activities, as the Kazakh labor market receives new highly qualified, competitive personnel.

In addition, the innovative QWANT programming school has been launched on the basis of BCPD to develop IT talents. Already, more than 400 people are trained at the school in the competitive areas of the IT services market: client and server software, cloud computing, Blockchain, operating systems, databases. In the near future, this list will be expanded by priority programs for the labor market in the field of cybersecurity, artificial intelligence and digital marketing.